What your VP Voice candidates want to change at Surrey

What your Union Chair candidates want to change at Surrey

What your Presidential candidates want to change at Surrey

What your Activity Zone candidates want to change at Surrey

What your Team Surrey Chair candidates want to change at Surrey

What your VP Activity candidates want to change at Surrey

What your Support Zone candidates want to change at Surrey

What your VP Support candidates want to change at Surrey

What your Community Zone candidates want to change at Surrey

What your VP Community candidates want to change at Surrey

All individuals portrayed here have taken a stand in front of hundreds of people to share their experience and to make a call for action at Black Lives Matter protests. Their words were so touching that tears could be seen in the crowd. This article is a modest attempt to amplify their voices, as everyone could learn a thing or two from these inspirational humans.

Activism debut: Malcolm X said “If you sit around and wait for those in power to end the troubles that we are facing, you’ll be waiting a long time”. I’ve always believed that we are able to shape the future we want, or parts of it at least. The death of George Floyd was a sort of tipping point in myself and so many others, who have watched and felt the proverbial knee on our necks. Attending the protest and somehow finding people listening to what I was saying, I felt compelled to speak and try and inspire someone.

It’s hard to push an issue like this to the back of your mind because now hopefully, people’s eyes have been opened and they are able to see acts of racism and injustice everywhere. Natural change will not be fast however. We should all know how to be better and work towards checking our biases and calling them out.

Activism debut:  I wouldn’t really say I’m an activist yet – the Guildford protest on the 10th was the first I’d ever been to!

How you would encourage other people to stay active after the Black Lives Matter movement’s presence on social media has decreased?

Monitor your thoughts and question your assumptions when it comes to race. Continue to read and learn about the history of African countries and their people, along with their relationship with whatever country you’re in. Continue to go to protests. In whatever job you have or at school, or in your home, be an ambassador for the movement – practice being courageous enough to speak out against racist comments/ideas etc. Keep repeating the message. By spreading the messages, you infiltrate the system and weaken it. Practice what you claim to support. Stay open minded. Write to your local MP. Have conversations with people who are ignorant. Daily, seemingly little changes will add up to a big shift eventually. Be resilient, courageous and open hearted.

Activism debut: I never thought of myself as an activist. When I heard about the George Flyod murder, I was so genuinely distraught by the whole ordeal that the only sensible option was to bring about awareness of the issue. As the issue evolved into police brutality in the US and then the UK, the information I shared evolved with it. When I attended the protest; I never intended to speak, but I felt compelled when there was an audience willing to learn and listen to use the information I’d learnt to educate and inspire others.

I truly feel this is a change in history and I’ve never seen such a widespread display of ally ship and all people fighting for all. Education really is the key and not just of the main issues but how they were perpetuated. There are so many resources out there and it’s genuinely interesting to learn! Also joining social justice groups is a great way to keep the momentum going and meet like minded people. My main advice would be to take it slowly and treat the whole situation like a marathon – reading a new book a month or an episode each week allows for people to absorb what they’re ingesting and also allows them to keep up with all the other struggles everyone has daily.

Ideal career path: Currently pursuing a career in music (singer / songwriter) but I’d also like to be a writer and a social activist 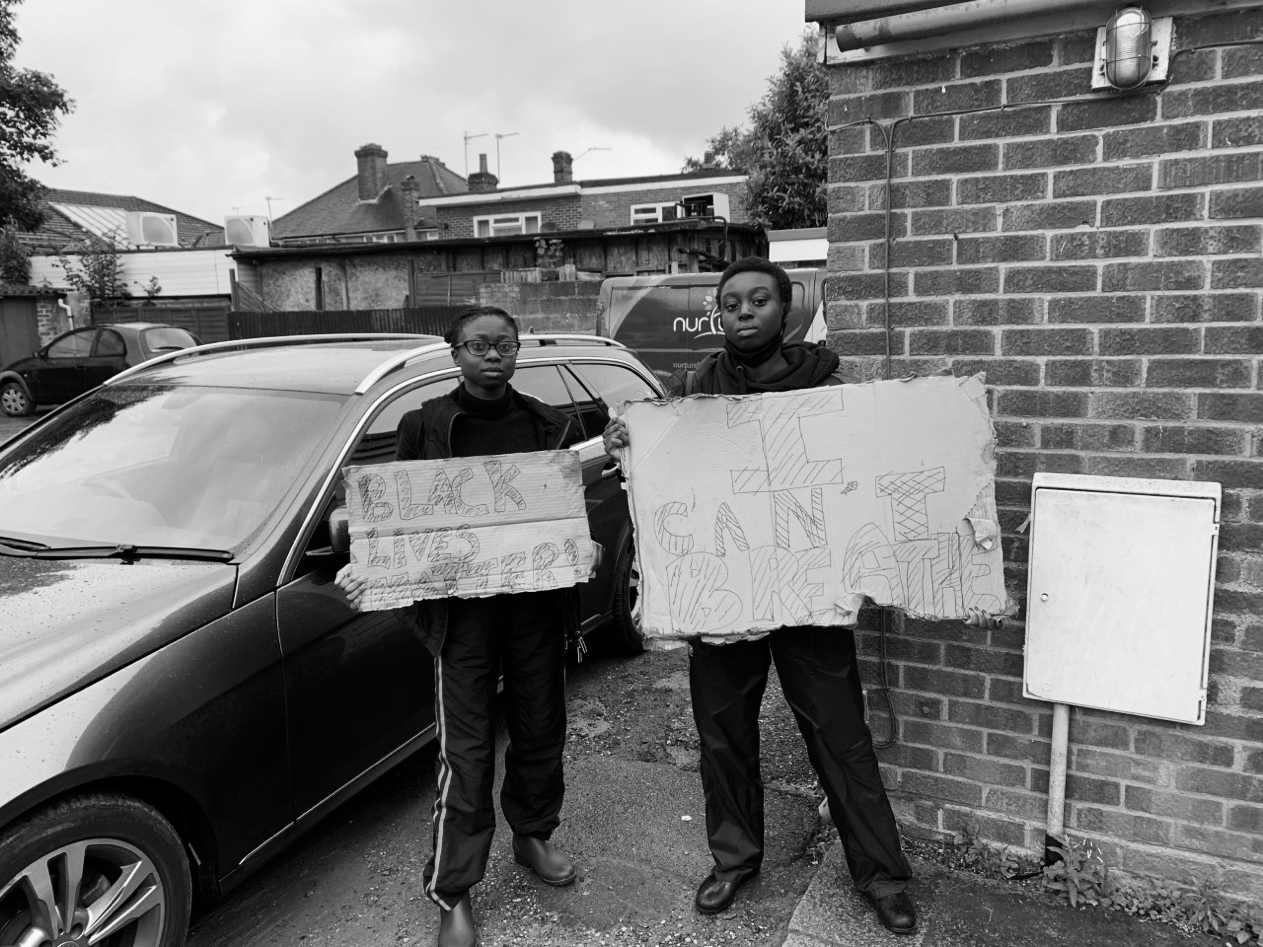 Activism debut: I was truly encouraged and moved by the public outrage about the murder of George Floyd. It so clearly exposed the injustice that I knew existed but did not recognize in such an obvious way. I think a strong desire for societal justice has long lived inside me but I’m also aware that it takes time to consciously understand yourself relative to the world and to understand your contribution to society. I’m someone who constantly questions myself and seeks to understand the bigger picture and the different sides involved in every story I hear. Seeing how things have played out in 2020 so far have shown me that it’s crucial for us to be proactive about making the changes we want to see in the world, rather than hoping that someone else will do it for us.

I would encourage people to keep learning and to keep having discussions with the people around them. Because real lives are involved – REAL people are being hurt every day and we know it’s not nice to feel hurt. So, as much as you can, try to practice and exercise compassion, because societies work better when we truly care for one another and look after each other’s wellbeing.

Ideal Career Path: Would love to set up a black owned brand on sustainability

Activism is a broad term which is interpreted differently for everyone. I’ve always been open to discussion for social change and progress, and the protest in Guildford showed my leadership skills and also letting my anger out after going through many challenges of being mixed race.

Don’t post a black square and think that’s enough, that’s the absolute minimum you can do. We are the change and we need everyone to come together and help amplify our voices. This is not a trending thing, it’s a marathon. If you can respect black culture you can respect black lives. Donate to bail funds for protestors, victims and buy from black owned businesses.

I’d just like to say to everyone, don’t feel uncomfortable about having these conversations with your family and friends. I STAND BY YOU. Racism is also a pandemic and we need justice for everyone who has faced injustice, so don’t stay silent – silence is violence!

We live in a society where children and young adults need to fight for basic human rights. People as young as 14 took the stand in front of hundreds of people at Guildford’s protest. As much as I would be proud of my children for protesting, I don’t want to live in a world where they have to fight for their rights. Let’s be the generation that ends racism so all our children can live equally. Let’s listen to Chisom, Tumi, Amber, Simpa, Georgia and all the other activists who are helping us grow.

Incite has asked all candidates in this years SU elections what they want to change at Surrey. Here's what the community zone candidates have to say.

In the running for VP Community is Pete Ferguson, Nathaniel Nelson-Williams, and Sam Galea. https://incitejournal.com/news/what-your-vp-community-candidates-want-to-change-at-surrey/

the most important results are in: we just got shortlisted for our fifth award this year